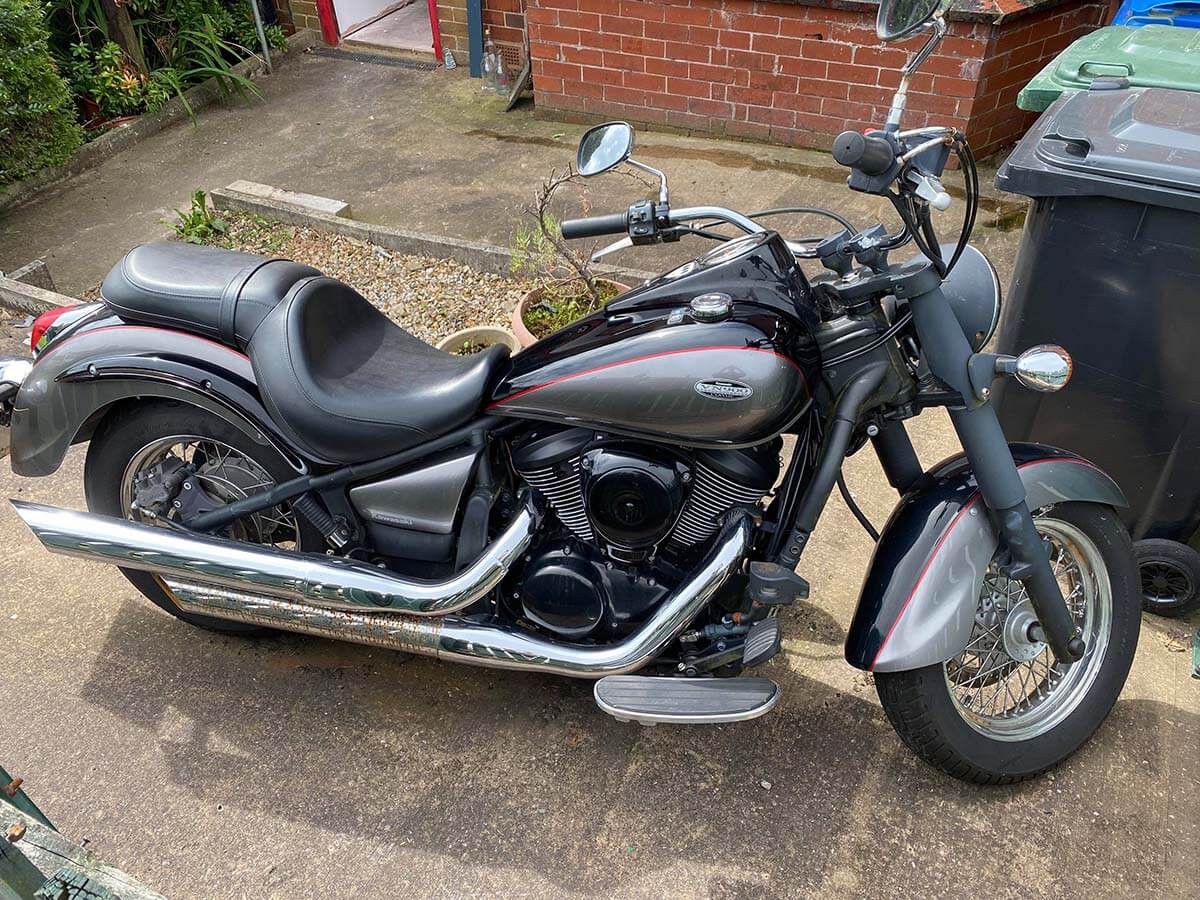 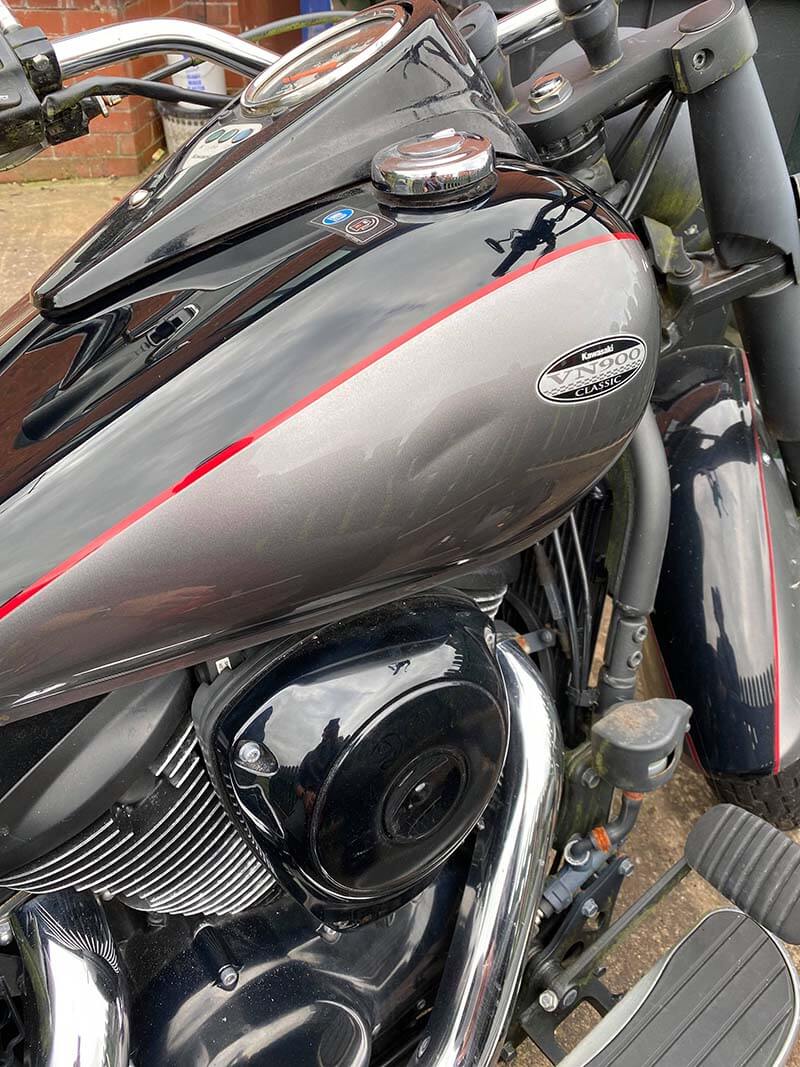 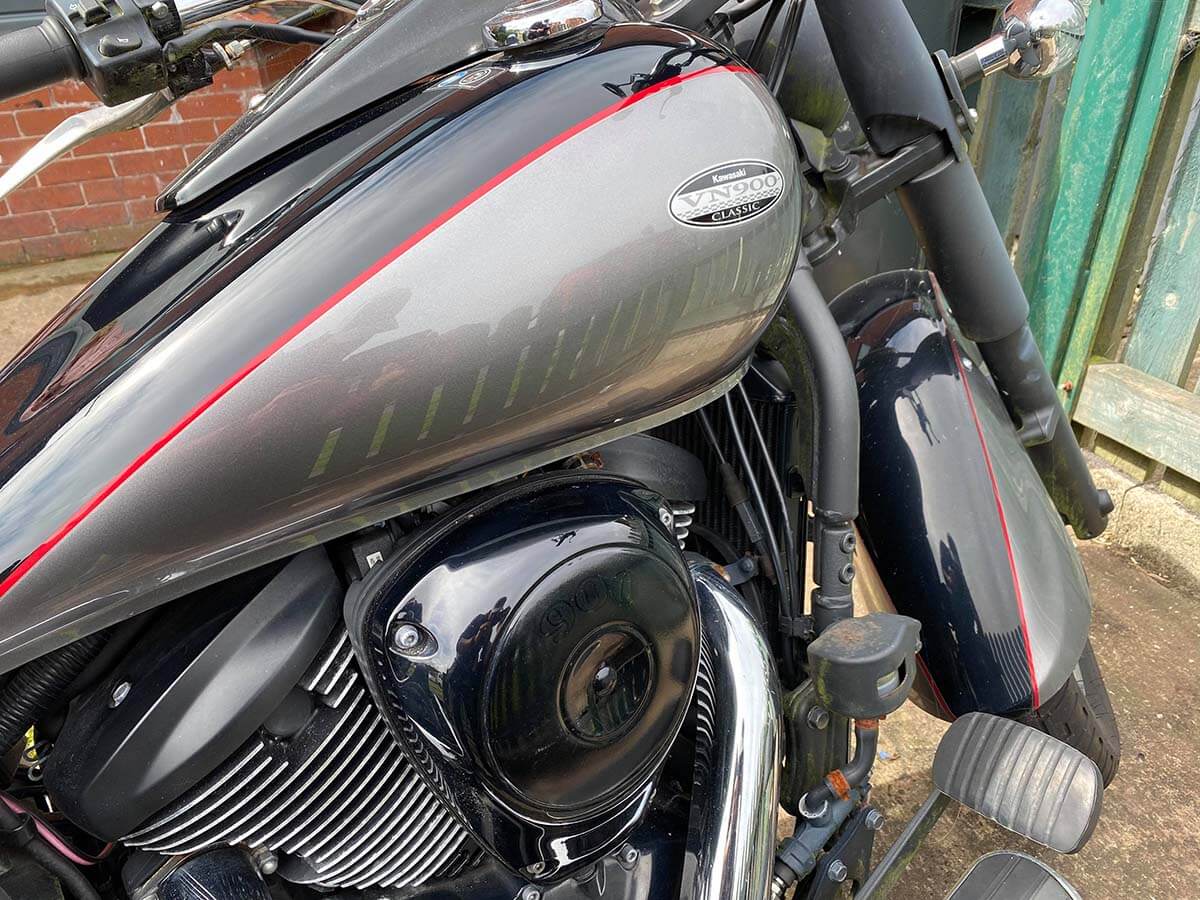 Dent Repair on a Kawasaki Motorcycle

The media often portrays motorbikes or motorcycles as very dangerous. This portrayal means that whenever you buy a motorbike you’re already preparing yourself for some loss of control. However, regardless of how careful you are with your motorbike, things can sometimes go wrong due to no fault of your own.

When something goes wrong, you’ll likely have to take your motorbike to an auto shop so that they can work on any dents or dings that may have occurred during an accident. Motorbikes have fewer areas where dents or dings can occur. So, the overall assessment and damage may not be too great.  In any case, the auto-technicians are there to fix it, and one of the methods they apply is paintless dent repair.

What is  Paintless Dent Repair?

PDR or paintless dent repair is a non-invasive method that certified technicians use for dent removal. This method is mostly used in cars but can be used in motorcycles as well. it’s non-invasive, which means that the technicians will not cut into the body of your vehicle.

This technique is relatively new, and it was developed so that technicians could save their time and the customer’s money. It doesn’t involve any extra paint which is where it gets its name; paintless dent repair.

What Happens in PDR?

When you take your motorbike into the auto shop, the technicians will firstly assess the damage and determine whether they can conduct PDR on the body. If no paint has cracked or shifted, they will go ahead with conducting PDR. However, before they do so, they’ll give you an estimate and ask for your approval to conduct the process.

Since the body of a motorbike is smaller, it shouldn’t take the technicians too long to beat out and pop out any dents. They will use special tools so they can provide even force and use a special technique to pop out any dent. They might sometimes use tools like glue contacts to have better leverage. When they use glue, the method of PDR is called GPR, i.e., Glue Pull Repair.

What’s So Great About PDR?

The assessment and the repair can all occur within 24 hours, which means you don’t have to rely on any other method of transport for too long.

Since it doesn’t use any paint, no paint particles are released into the air that can cause any harm.

How Dent Detail Repair is the Best for Your Kawasaki Motorcycle

Firstly, Dent Detail Repair is available in several locations like Manchester, Greater Manchester, Chorley, St Annes, Bolton, Belmont, Wigan, Clitheroe, Haigh, Wigan, Blackrod, Preston, Blackpool, Eccles, UK, and surrounding areas. This range of locations means you can take a road trip on your motorcycle, and we can provide you a similar quality of service in all of our locations.

We have certified technicians whose priority is your satisfaction. They have years and years of experience with paintless dent repair, and they will ensure that you leave the shop with your motorcycle looking brand new.

For more information on Dent Detail PDR, visit our website www.dentdetailpdr.com or call us at 078-2442-6591 to get a quick quote.