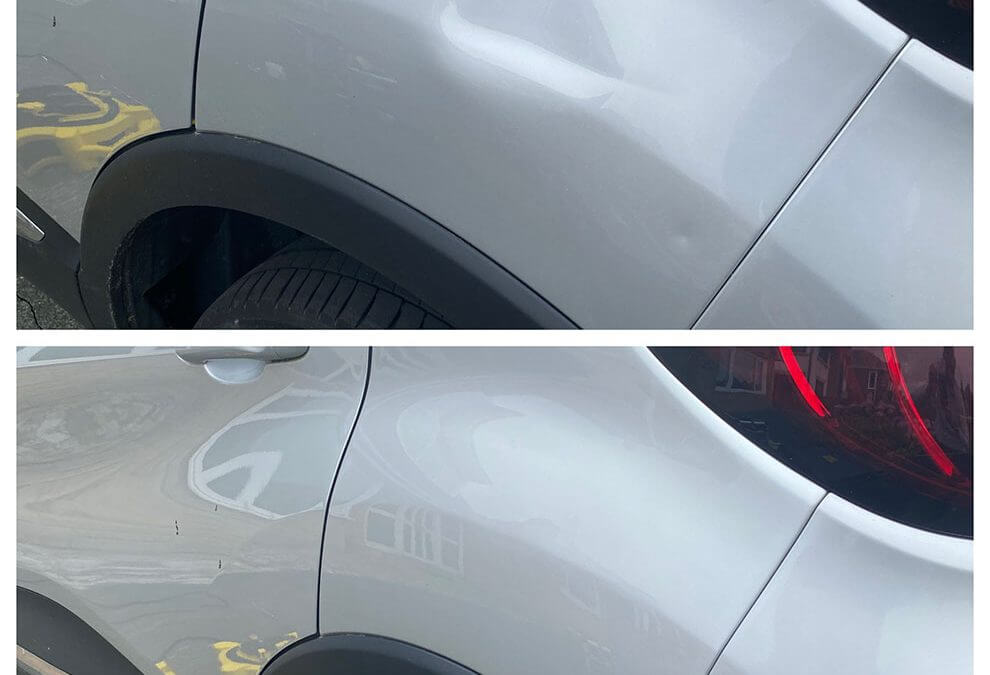 When it comes to restoring your vehicle’s dent(s) to its best possible condition after damage has been sustained, paintless dent removal is the number one repair option to consider. From smaller dents to larger dent, paintless dent removal helps to restore your vehicle to its finest condition so much so that you will have never known there was damage sustained in the first place.

If damage to your vehicle isn’t treated in due course, it can end up losing its value. With paintless dent removal, it’s highly likely that your vehicle will be 100% restored and therefore maintain its full value. This is especially important if you’re looking to potentially resell your vehicle in the near future and maximise the resale value. Likewise, if you have leased or hired a vehicle and damage has been caused to the car body, it’s always a good idea to get in touch with your local PDR specialists so that you avoid potential charges.

Another benefit of paintless dent removal is the cost-effectiveness nature of the technique. This is largely due to the less materials involved to undertake and complete the repair, as well as reduce labour and time spent. Although the overall price will depend on factors such as the extent of the damage (minor or large), it’s likely that the repair will be most cost-effective compared with traditional methods.

Paintless dent removal specialists, just like Dent Detail PDR, offer mobile repairs for your convenience. When you combine this with the fact that paintless dent removal doesn’t include the auto painting process, you can expect your vehicle to be repaired and returned in a lot less time. Therefore, you’ll be back out and on the road in no time. This technique is the most efficient type of dent repair methods available which is a big reason why it’s also the most popular.

In the unfortunate circumstance that your car gets caught in a hailstorm, you’re going to want to consider this unrivalled technique for restoring your vehicle to its best possible condition. If your vehicle gets caught up in a hailstorm, it’s likely that it may suffer several minor dents that require urgent attention and repair. Panels can be saved from being written off, your factory paint is kept, and the work is clean, environmentally friendly, and as with all PDR repairs, no filling or painting is necessary.

Looking paintless dent removal? Here at Dent Detail PDR, we provide a mobile service covering Greater Manchester, Lancashire, and North West areas. For more information or to receive your FREE no-obligation quotation, please call us today on 07824 426591 or use our online contact form and we’ll get back to you promptly. We look forward to hearing from you.