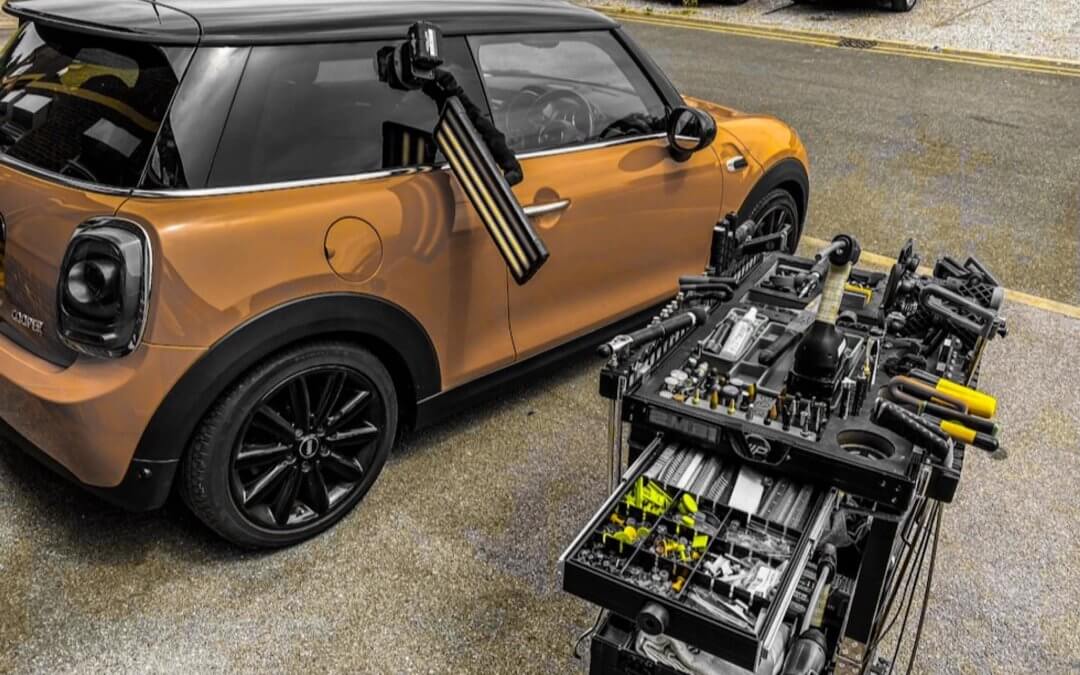 Manchester is famous for its English football teams and for being the musical capital of the UK since it is the birthplace of some of the largest and coolest British bands. However, did you know that Manchester also has one of the best mobile paintless dent repair (PDR) services in the UK?

If you didn’t already know, Manchester is home to Dent Detail PDR, the best mobile paintless dent repair service you can find for the dents, dings, and bumper repair of your cars. Mobile PDR brings dent removal or dent repair straight to your home or work.

This means you won’t have to take your car to the shop for dents, dings, or bumper repair; instead, you can conveniently get it done where you are.

Paintless dent repair, or PDR, is the best and most advanced dent repair method there is. Unlike traditional dent repair, it does not require removing, scraping, filling, or repainting body parts. Instead, it simply restores your car back to its original form.

The process is much simpler but yields considerably better results than traditional dent removal methods and offers other benefits as well.

The PDR process requires three steps, which can be done remotely, but only by a PDR-certified technician, like those at Dent Detail PDR in Manchester, UK.

That’s it. Your car returns back to its original form while you are in the comfort of your home or office.

Benefits of the Best Mobile PDR in Manchester

There are numerous benefits of mobile paintless dent repair in Manchester, UK.

Why Dent Detail PDR in Manchester?

Dent Detail PDR doesn’t only provide Manchester residents with the convenience of mobile dent removal; they are also working with some of the best and most experienced certified technicians you can find in the UK. The dent removal results you get will make you forget you ever had any dents or dings to begin with.

Moreover, they are IMI accredited, which means you can be sure that they hold themselves to the highest ethical code of conduct. Plus, they have one of the friendliest staff you will find anywhere, which only adds to the overall customer experience.

We highly recommend giving Dent Detail PDR a try for your next dent repair.

If you want to learn more about the best mobile paintless dent repair in Manchester, UK, or if you want a free estimate for the dents, dings, and bumper repairs of your care, please visit our website today.