Dent Detail PDR provides dent repair in Blackpool. Dents and dings are often caused by minor collisions that can happen while driving your car in Blackpool. The unfortunate part is that if you leave a dent on your car because you are concerned about the costs and do not repair it in a timely manner, that dent could rust and ultimately can cost you more to repair it later.  Get your FREE quote today by calling us now at 07824426591 or use our online contact form. 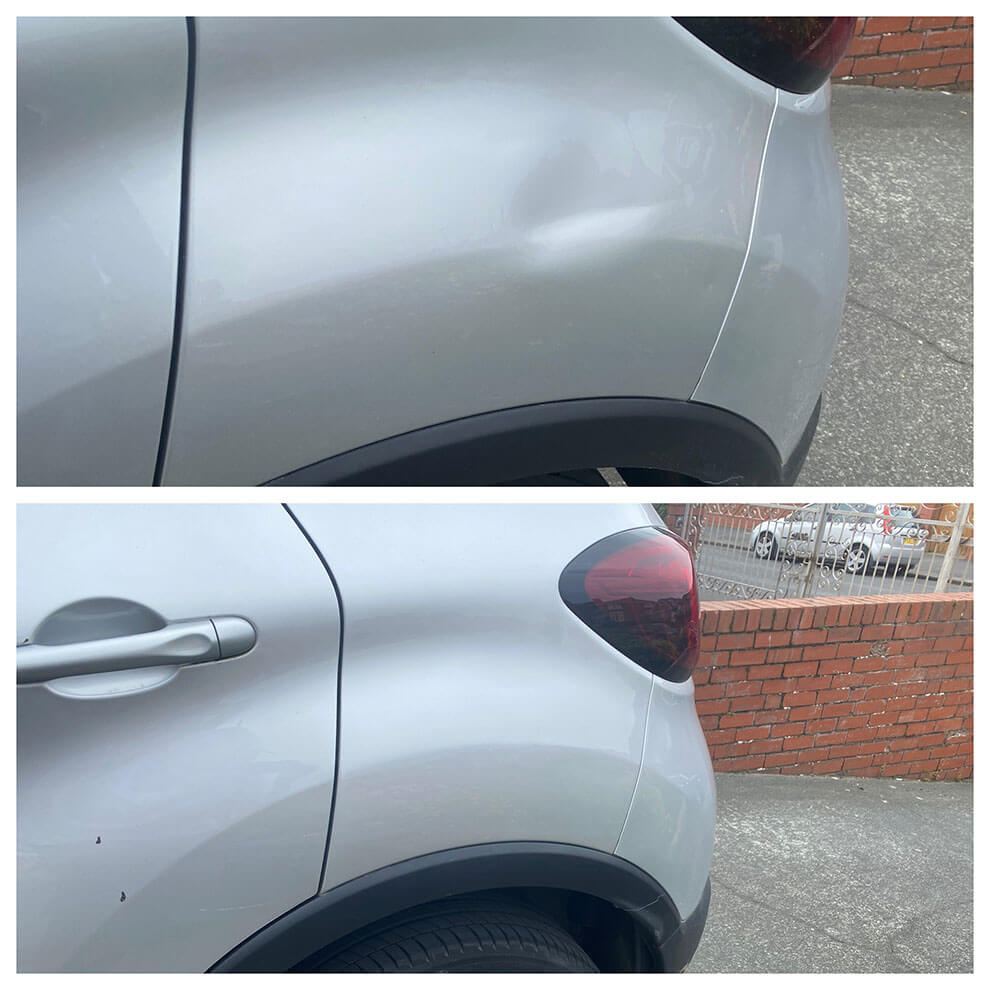 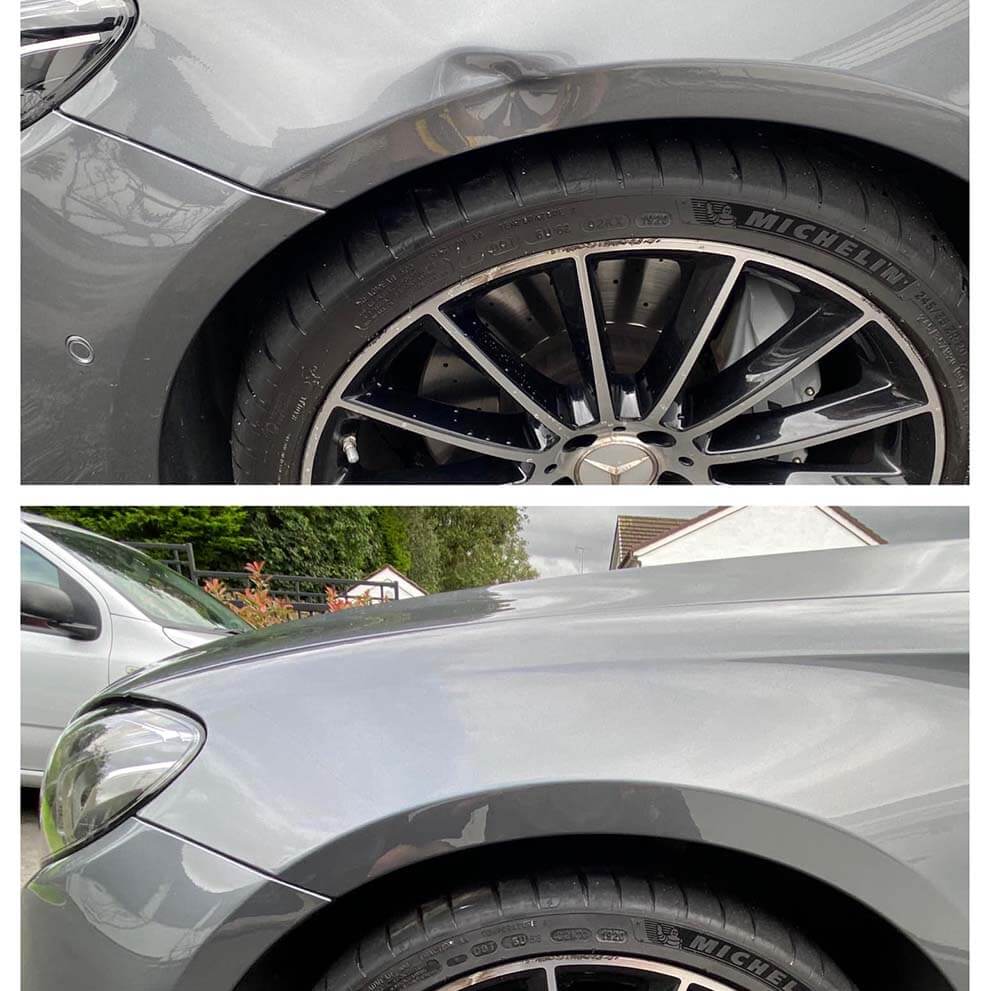 In the past, dent removal would mean adding a whole new part on your car’s body or suctioning out the dent with tape. A certified technician would then reapply the paint to make it look like the car had been repaired But in modern times – that approach is no longer preferred. Modern-day dent repair specialists use the paintless dent repair method to repair the dents on vehicles.

When a car gets a dent that significantly ruins its appearance and weakens the structure, the dent has to be repaired. This is done so the structural integrity of the car can be restored and if a buyer gets interested in the car – it can be sold for a good price. Paintless dent repair in Blackpool is a fantastic method to consider.

However, dent repair specialists in the past removed the damaged part of the body from your car and installed a new piece in its place. But technicians using the PDR method have a different approach.

When a technician uses the paintless dent removal technique, they restructure and massage the dent from the back. When they adopt this approach to fix the dent, they push the dented part back into place.

It is also worth noting that because this procedure is done from the back of the body piece, the front of your car is never touched. This would mean that you won’t need a fresh coat of paint and your car will look brand new just because of PDR.

Since the paintless dent repair method of repairing your car’s dent or ding does not require a fresh coat of paint, lesser work and lesser materials are required. Because of this reason, the PDR way of fixing the dent on your car can be a lot more affordable.

It Gives You Long-Term Protection

It is also worth noting that when your car goes for an autobody shop repair, the fresh coat that is applied can remove the protective coating your car comes with. This coating is essential for your car since it can protect your car from future dings and dents.

Another key benefit of paintless dent removal is the fact that you will benefit from value retention. When cars are impacted by dents and blemishes, they need to be restored to their original condition as soon as possible to preserve maximum value.

If your car has sustained damage in Blackpool, UK make your way down to Dent Detail PDR to know if your car is a candidate for PDR!

For more information on paintless dent repair in Blackpool, call us at 07824426591 or use our online contact form.

Graham did an excellent job on my front wing. It came back like new. His approach was highly professional, as was his customer relations. Would have no problem in recommending him to others.

Fantastic job on fixing the dent on the side of my car, really quick and straight forward, lovely guy as well highly recommend

Yes, of course. Here at Dent Detail PDR, we are able to provide dent removal for small dents for a multitude of manufacturers and vehicles. Whether you have been caught up in a recent collision or have several dents that need repairing, we are here to help.

Will the paintwork be damaged?

This is a commonly asked question we are asked at Dent Detail PDR. You’ll be pleased to know that the paintwork on your car/vehicle will not be damaged as a result of paintless dent removal. in fact, PDR is the only method of repair that maintains the factory finish.

Whether you’re looking to get your vehicle fully restored at our state-of-the-art facility or you would prefer a mobile repair at your convenience, nothing is too much trouble for us. We are a 5-star paintless dent removal company that covers the entirety of the North West.

Of course. If you require a FREE quotation, please don’t hesitate to get in touch with us today by calling us directly at 07824 426591.