Dent repair in Preston and the benefits of glue pulling 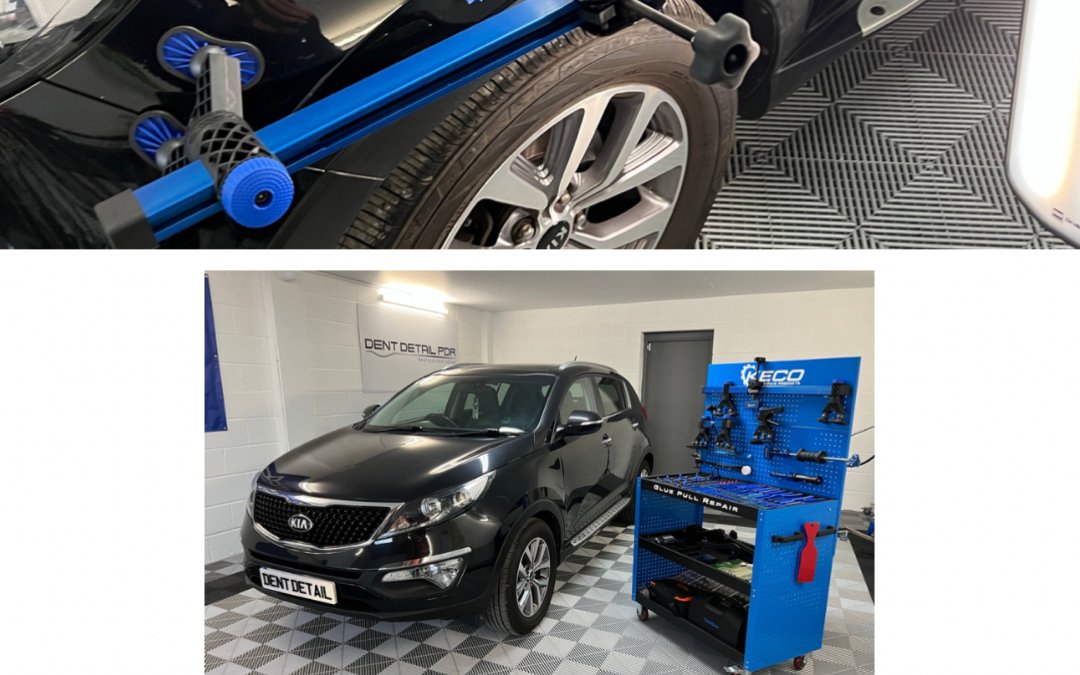 There was a few choices of repair for the wing damage on this Kia Sportage.

There was an option for it to be repaired traditionally in a bodyshop – ground down to the bare metal, pin pulled, filled and then painted, it could be completely replaced altogether, or a Glue Pull Repair could be carried out.

Now there is a scratch in the lacquer caused from the impact. When the paintwork is damaged, we can still pull as much out as possible. Sometimes the paintwork holds up, sometimes it doesn’t if the paint has flaked or the scratch is particularly deep, it’s all down to the quality of the paintwork on the car.

Repairing this type of job and damage this size with Paintless Dent Removal and GPR has its benefits, and gives the owner options.

Lets say we pull 60-70% of the dent out then the paint gives way. Thats a massive amount of pin pulling saved. This level of finish will need 2/3 skims of body filler to carry on as a bodyshop job.

Lets say we pull 80-90% of the dent out, then the paintwork gives way. Thats now down to 1 skim of body filler.

What if we pull it all and the paint holds?

You see the benefits, labour and materials saved?

This job, all of the above was saved. We removed the large bodyline dent, and managed to flat and polish the scratch out, nothing else was needed.

With GPR, in a short time, theres everything to gain and nothing to lose.

Find out how your collision repair bodyshop or SMART repair business can benefit from the KECO dent repair system here. 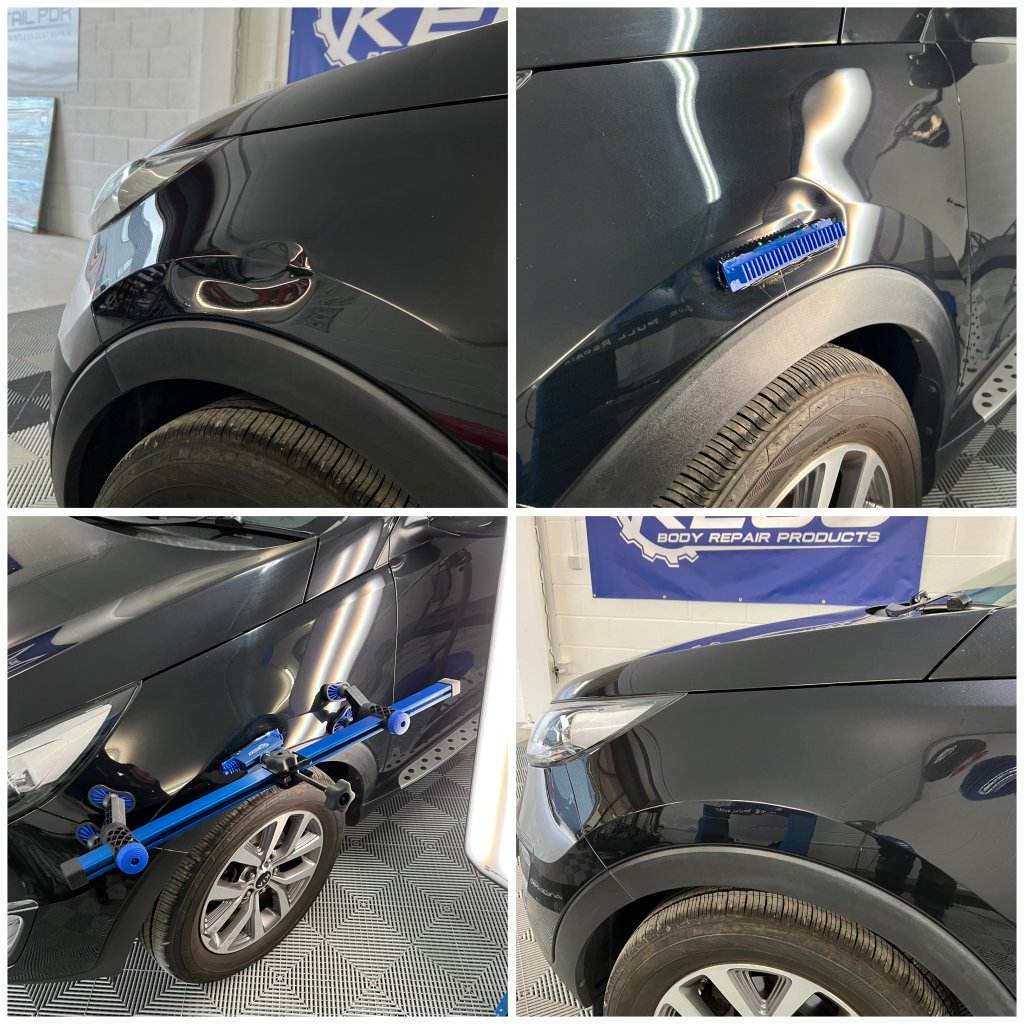