Looking for high-quality paintless dent removal in Southport to restore your vehicle to its finest condition? If so, look no further than Dent Detail PDR. Whether you’re looking for small dent or large dent repairs in Southport, we’re here to help. Get your FREE quote today by calling us now at 07824426591 or use our online contact form and we’ll get back to you promptly. 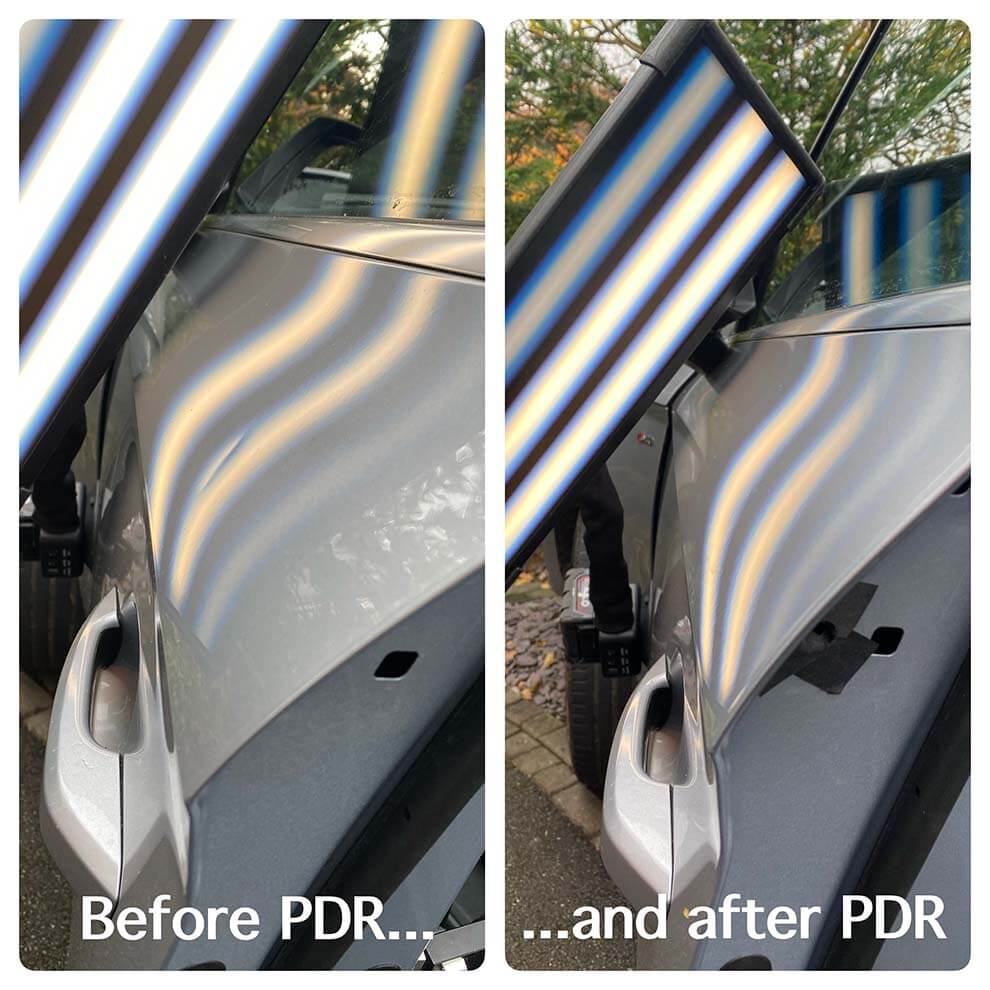 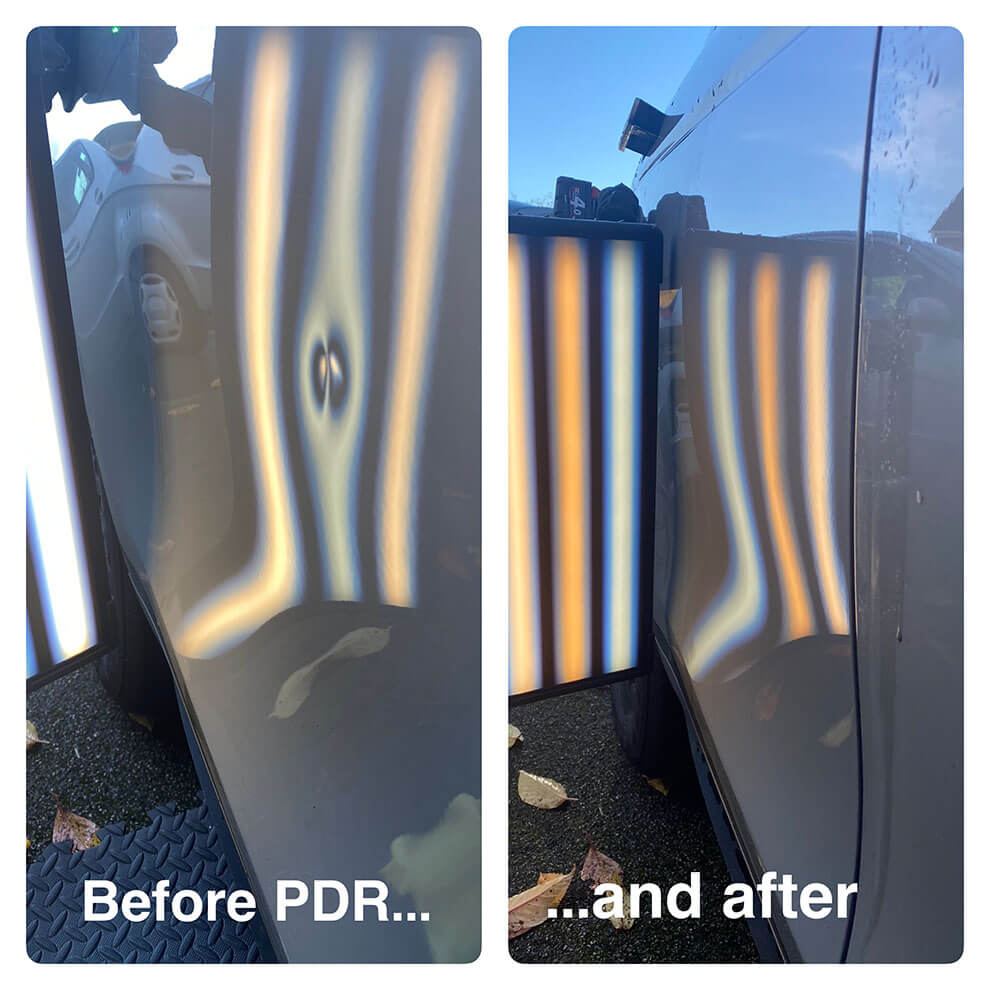 Even though paintless dent repair seems to be growing in popularity in Southport, UK every day, several car owners still seem to have no clue about what the process entails. The state-of-the-art technique of repairing dents from your car can be an efficient and cost-effective way of repairing auto body repairs on your car. So if you’re a car enthusiast or just simply a person who doesn’t like seeing dents or dings on your car, it’s worth having basic knowledge of the process. So for your help, Dent Detail PDR is taking you through the most important things you should know about PDR in Southport, UK.

PDR Is More Affordable Than Traditional Repairs – Repairing the dents and dings on your vehicle in Southport, UK can be expensive. That said, PDR is an incredibly cost-effective choice which is one of the reasons why it’s becoming so famous. Whenever car owner wants to get the repair done on their car, the first thing they think of is the cost of the procedure. Since there is no such worry with PDR, car owners don’t have to think twice!

You Can Repair More Than Just Minor Dings and Dents – Several people think that PDR can only be used for minor dents and dings. This can be due to the fact that PDR is perfect for repairing hail damage on a vehicle. However, most people are unaware of the fact that it can even work on a dent as large as a coconut. So as long as the metal of your car’s body hasn’t been torn, you can rest assured knowing that the damage on your car can be repaired with PDR.

It’s Faster Than A Traditional Repair – One of the most prominent benefits of PDR is the fact that it is faster than other methods of dent or ding repair. In today’s fast-paced life, we all know that waiting for days for your car to be fixed after it has sustained a dent can be a huge inconvenience. However, when you rely on a technique like PDR for your car’s repair, you can have your car back in just a few days, or even on the same day in some cases!

The Dents Aren’t Going to Come Back – You’ll be happy to know that even though PDR can seem like a subtle and simple procedure, the repairs it does are permanent! Once PDR has fixed the dents on your vehicle, they aren’t going to come back. Moreover, since PDR does not compromise the protective factory coating on your vehicle, your car isn’t prone to dents and dings in the long run either.

Dent Detail PDR has been repairing dents in Southport, UK with the PDR method and there are several ways you can benefit from the method! To get a free quote, call Dent Detail PDR, call us now on 07824426591 or use our online contact form.

Excellent service, would 100% recommend Graham… Great communication, kept in touch throughout and the work undertaken is flawless. No hesitation in using him again if needed.

Excellent Service – Would highly recommend. Had a small dent on the rear arch of the car, Graham quoted a fixed price for the repair after seeing a picture via txt, travelled to our house to sort it out, arrived on time and had it sorted in 30 mins. Can’t tell it was even there now. Great Job

Absolutely first class work done to the roof of my Ford kuga roof 2 Dents done and they are now totally gone I was amazed at the work Graham did and I would certainly use him again if needed and would fully recommend Graham to anyone looking for work done on their car thankyou Graham.

Can you repair any type of dent?

No, not every type of dent can be repaired by Dent Detail PDR or any paintless dent removal specialist for that matter. Firstly, our specialist will locate the dent and assess its position of the dent and sharpness of the dent. As a general rule of thumb, if the dent is a similar size to a standard dinner plate, it’s very likely that the dent can be fixed successfully.

Will the dent reappear once removed?

No, not at all. This is one of the many reasons why paintless dent removal is the best dent removal technique. Once our specialists have restored the damage on your vehicle, you can say goodbye to your ugly-looking dent(s) once and for all. Whether it’s just one or multiple dents, you can trust Dent Detail PDR to provide an excellent service.

Dent Detail PDR is proud to be your local and reliable dent removal specialists. Although we are based in Leyland at our state-of-the-art body shop, we also provide mobile paintless dent removal throughout Southport and the surrounding areas. Furthermore, we are proud to be a 5-star rated company with over 600+ positive reviews on our Google listing.

Yes, of course. Before we can provide you with a FREE no-obligation quotation, we first need to understand the extent and location of the damage that your vehicle has sustained. We recommend sending us 2-3 images of the damage via WhatsApp or our contact form.