When you leave your car with modern car repair specialists like Dent Detail in Greater Manchester, United Kingdom, we start the technical knock repair by first analyzing the amount damage your car has received under a UV light. At first, the PDR specialist looks at the metal of your car carefully to evaluate if the damage your vehicle has sustained can be repaired by the modern method of fixing dents. If you’re lucky and your vehicle is repairable by the PDR method, the PDR technician  will fix your car easily with a car metal massager.

This device will slowly massage the dent your vehicle has received from the back until it restores back to its shape it had originally. Nonetheless, it is also necessary to note that the method is not that easy, and this does not always happen.

For a car to be fixed by PDR, it needs to have a specific kind of dent.

What Can Be Fixed By PDR?

A Ding On Your Car

A car ding is one of those damages that your car gets when it is parked in the lot of a mart, and a shopping cart unpredictably strikes your car. The damage can feel like it is immense the first time it occurs, but with PDR, this repair can easily be completed.

Round and Circular Dents

Fortunately for you, car repair specialists at Dent Detail PDR can easily fix this dent but prevention is a lot better than cure! Park your car inside a garage at all times and try to avoid this damage before it happens.

A Crease On Your Car

It was impossible to repair the creases on a damaged car for a very long time. Since the crease is a bit more serious, fixing it can be a lot more complex. However in the last few years, PDR tools and technology have made major developments, and now these dents and dings can be fixed with the PDR method, too.

However, if the body of your vehicle has come apart or if your car has a hole after getting into an accident, then PDR might not be able to help your cause.

If you want to know whether your car is a candidate for PDR, contact Dent Detail PDR for more information! 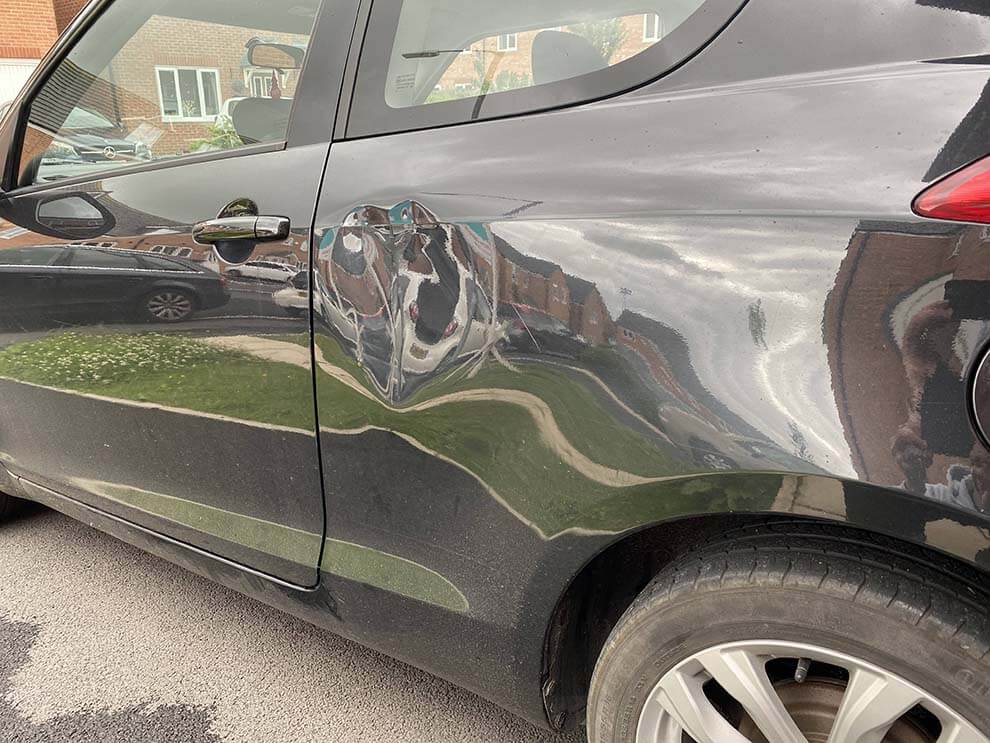