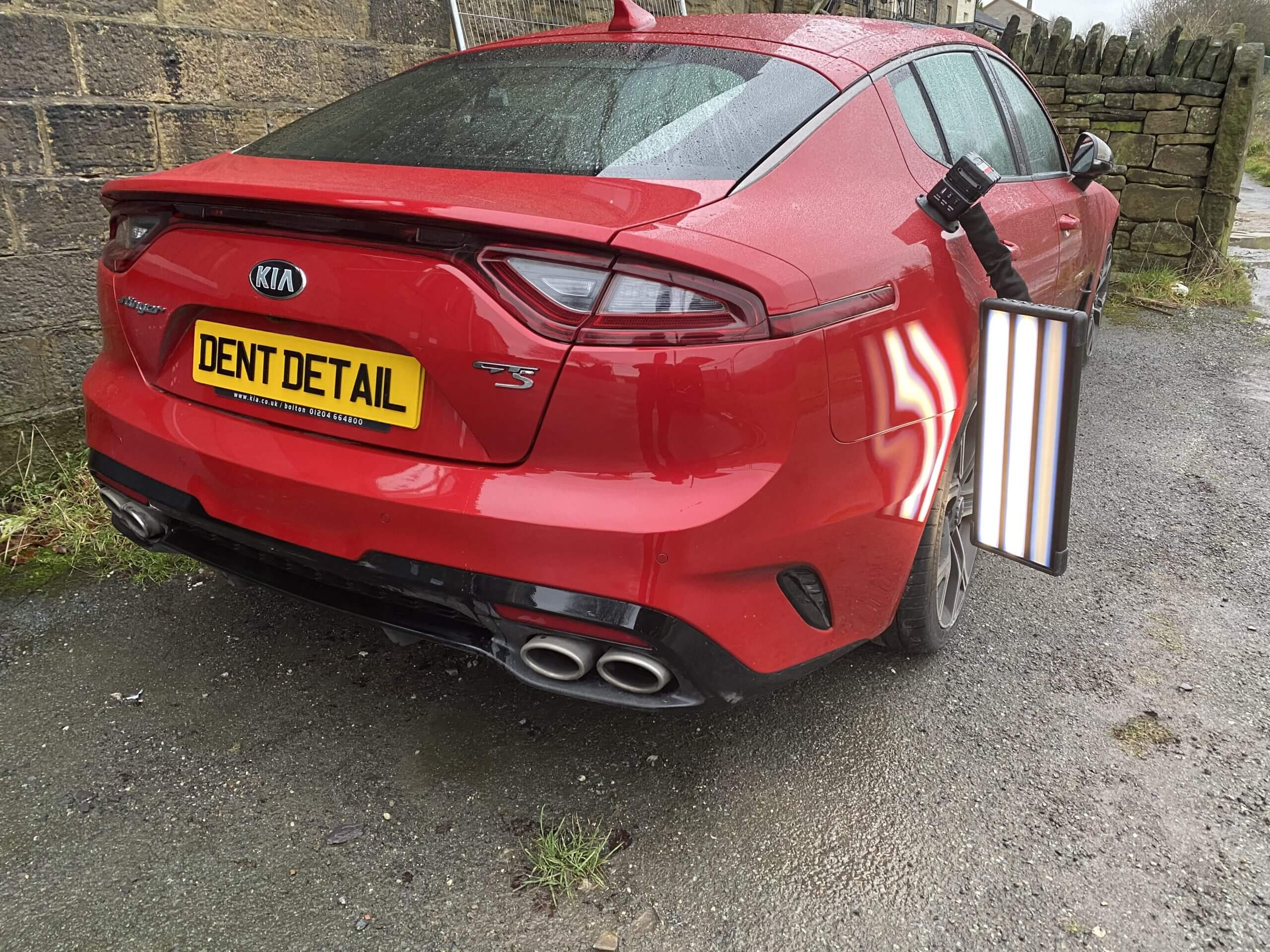 Dent Repair on a Kia

For a very long time, Kia cars have had a long-standing name in the market. They provide their buyers with high-tech features that look great and provide an ultimate driving experience that is comfortable and reliable. One of the several reasons people prefer buying these South Korean cars is because of their longevity. Once you buy a Kia car, you can be sure that repairs and fix-ups won’t be a recurring problem.

But with that being said, these are only those factors that you can control – what about the ones you can’t? Even though everyone wants to keep a Kia car in tip-top shape, dents and dings can happen unexpectedly. Since getting a bumper repair, dent repair, or mobile dent repair on your Kia can be a tedious process, several people don’t prefer going through the hassle.

It may seem like that’s the only solution, but a process like paintless dent repair can blow your socks off.

What is Paintless Dent Repair?

Paintless Dent Repair or Paintless Dent Removal is an affordable and environmentally friendly approach towards repairing dents on your Kia. When you opt for the paintless dent repair approach to fixing the dents on your car, you pay only a fraction of the cost that you normally would for a dent repair. But with that being said, PDR can’t be used to fix every dent on your car’s body.

To fix the dents on your car, the certified technician has to take three primary steps:

How Paintless Dent Repair Works on a Kia

It doesn’t necessarily have to be a paintless dent repair on a procedure on a Kia – every repair process in the world starts with an evaluation of the damage. An evaluation usually starts by understanding where the dent is, how big it is, and how the technician will get to the dent. More importantly, the technician also has to determine whether the dent can be repaired by PDR or not.

When it is possible, the area around the dent is prepped for dent repair.

Most cases of paintless dent repair require the technician to find a way to enter the back of the dent. This means, to fix the dent on your car, they’re going to have to remove the dented panel, the headlights, the taillights and, in rare cases, interior panels as well.

Once a dent has been assessed, slow pressure is applied from the back to remove the dent from your Kia. Once the procedure is done, your car looks as good as new!

Contact Us
If you’re still confused about whether your Kia needs a PDR, you’ll be glad to know that we can apply the procedure on every Kia model. Some of them are:

The locations we are operating in are:

Contact us today for more information or get a free quote!