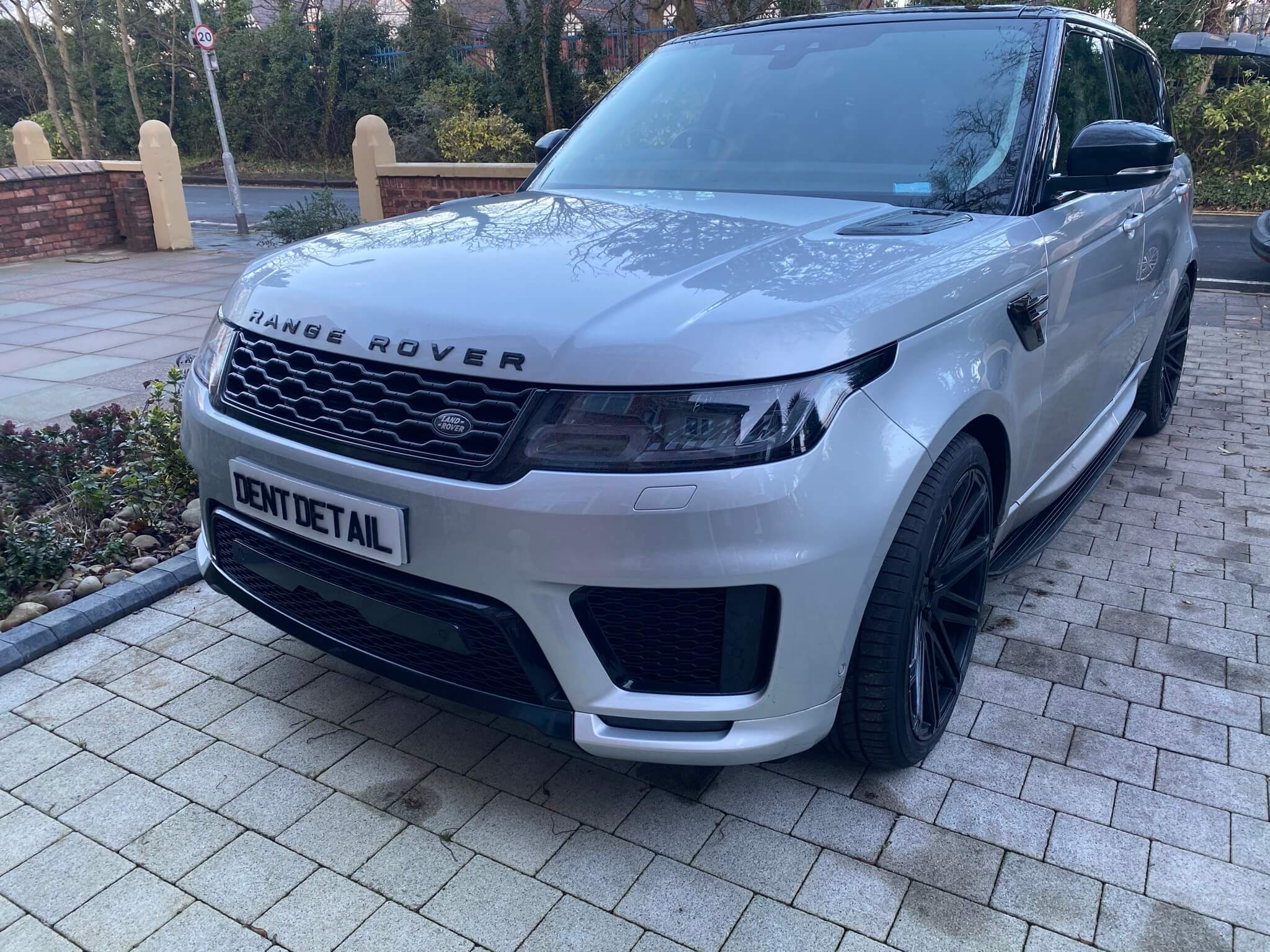 Dent Repair on a Land Rover

Land Rovers are one of the best off-road vehicles available in the market today. They are tough but not so reliable, which is why you will often see them at repair shops. This is not to say that they are not good cars, they excel at things other cars are simply incapable of achieving.

They are made for rough terrain and as such, off-road enthusiasts all over the world appreciate their capabilities. Models like the Range Rover, the  Range Rover Sport or the Discovery and Defender have made a special place in the hearts of car enthusiasts and will forever be desirable.

Land Rovers are status symbols and have a certain allure about them that keeps enthusiasts buying them regardless of the problems. If you own and drive a land rover then you probably already understand what we mean.

If you own an older model then you are no stranger to the countless hours and money spent repairing and maintaining them. Which is why any relief regarding the repairs of Land Rovers is much appreciated by most owners.

This brings us to Paintless Dent Repair. Yes, you read that correctly – ‘paintless’ dent repair.

If you encounter any dents, dings or creases on your Land Rovers, which you probably will if you off-road enough, then Paintless Dent Repair can help you save a lot of time and money on dent repairs.

Unlike traditional dent repairs where they use nails, fillers and damage the body paint in order to repair the dent and then repaint the body parts, PDR is a simple three step process that eliminates any need for fillers or repainting.

This allows PDR technicians to repair the dents at lower costs and much faster without ever damaging the original paint coat of your Land Rover. The PDR process is the most advanced kind of dent repair, yet it takes just three steps for skilled technicians to fix dents.

How Does PDR Repair Dents on Land Rovers?

First, your Land Rover is thoroughly washed to remove any dirt for dent analysis and the repair process. Then it is placed under a UV light to mark out the precise areas of the dent that require repair.

Once the technician has identified where to operate, they will repair the dent using either a glue slab or by massaging the dent from behind the body.

The best part is you can bring your Land Rover in for just a few hours and get the repairs done without having to leave it for days or paying too much for repainting or fillers.

Where Can You Get PDR for Your Land Rover?

Paintless Dent Repairs are available for your Land Rover in the UK and many of its surrounding areas. You can get your Land Rover repaired at the following service areas:

For more information on Paintless Dent Repair for your Land Rover, visit our website or call us directly at 078-2442-6591. You can even send us details of your dented Land Rover and get a free quote here.