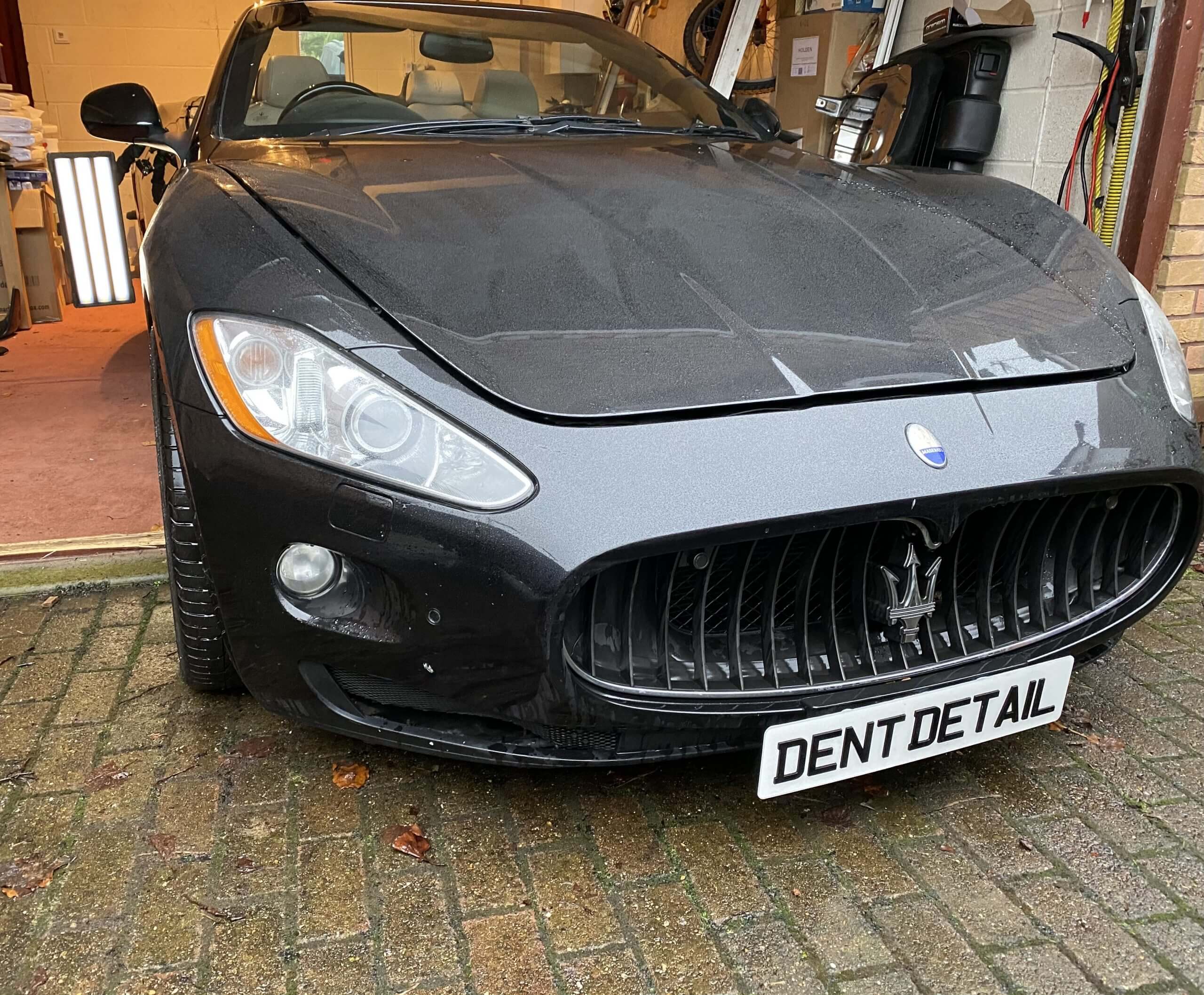 Dent Repair on a Maserati

Regardless of which Maserati model you get, whether it’s a Ghibli, GranTurismo, or the Levante SUV, there’s no need to question the car’s build quality. The brand is renowned for its state-of-the-art vehicles and its relentless commitment to providing customers with a premium driving experience.

Just the sound of a Maserati makes it stand out – the growling power from the engine ensures that you don’t even need to use your car horn. But with that being said, no Maserati model is invincible. Even though these vehicles promise a premium experience, dents and dings can happen to any car.

What do you do in a situation like this?

Traditional processes of dent repair don’t exactly make the job easy. Taking your Maserati for an auto-body shop repair might seem like a good option – but is it really? The process can be exhausting for most people due to the time it takes, but do you have any other option?

A good way of understanding the difference between PDR and an auto body repair is that PDR is akin to applying a band-aid to fix the minor scratch you get on your arm. On the other hand, an auto body shop repair is more like undergoing surgery. It’s only needed when the problem is serious.

In most cases, PDR can be done on your Maserati with the help of the following steps:

However, with that being said, there are only a few dents that can be fixed with PDR.

What Can You Fix With PDR?

They will then examine the depth of the damage and the shape of the car’s dent. The smaller and simpler the dent, the easier it will be to repair it with paintless dent repair. However, if the paint on your car has been chipped, then PDR might not be the car repair option you might want to go with.

If you’re still confused about whether your car is a candidate for paintless dent repair, make your way down to Dent Detail PDR to find out!